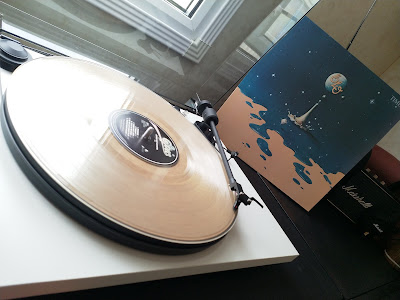 It's Clearly Time for the Electric Light Orchestra! This a 180g Clear Vinyl re-release version of the LP.

Wiki
Time is a concept album by ELO from 1981 written about a man from the 1980s who is taken to the year 2095, where he is confronted by the dichotomy between technological advancement and a longing for past romance.

The album signalled a departure from the band's sound by emphasising electronics over its usual orchestra.
at July 12, 2018