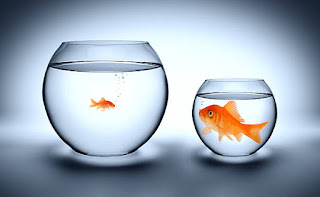 Having just returned the OnePlus 6T, I pause to consider what made me do it. What made my brain decide on the fact that this wasn't the phone for me, regardless of the incredibly positive review that I gave it just a day or two ago. My conclusion is size. It doesn't fit with me, somehow.

Regardless of the amazing specs, the completely up to date software, the very positive Nova Launcher experience in collusion with the device, the huge internal storage to meet all my digital hoarding needs, the big battery and the bright screen, it's not keeping my SIM Card. And I think the reason is back to this physical size thing.

Having established that, I took a moment to consider that conclusion based on what devices I do own and have kept - rather than selling or returning - testing the theory against the hard facts. Why have I kept which devices, which device gets my SIM Card most of the time, what is it about the physical size, mass, design and shape that has an impact on, for me, the ongoing usability. So here's the in-hand device summary as at December 2018 and my thoughts on why and why not!

Razer Phone
As you might know, I love it! It doesn't get my SIM Card because it's too big. The sound is fantastic and I love to have it around for playing with - but it's too big for my comfortable use and it only has 64GB storage which means the required use of memory cards. The device is very 'boxy' with sharp corners and pretty heavy too. I thought that I liked 'boxy' but when it comes down to a phone for the pocket, maybe I don't. Battery life is really very good, so no complaints there. Software is lagging behind a bit with 8.1 still, but at least October security recently arrived. The 16:9 screen ratio is great and goes some way to making it usable as my phone, but it's big!

Nokia 8 (128GB)
This is a beautifully sized and shaped phone. Certainly not too big, though I might have given it more time if it didn't have the chin and forehead - the former holding pretty outdated capacitive navigation controls. It's got a fabulous 128GB plus microSD, so storage is really not an issue. Battery life is a concern, though real-world tests seem to defy that. It's nicely sculptured with lovely design, curves and a premium feel. This phone is certainly more likely to get my SIM Card than bigger ones, but is let down by other factors most of the time.

Nokia 7 Plus
This is a lovely phone, which I think I would be using if it weren't, again, just feeling too big for me. It's very nicely made - a real quality feel and super finish. The performance defies the specs and Android One at the helm keeps things clean and up to date. (...well, unless you live in the UK, it seems!) Fabulous battery life, memory expansion option, though only 64GB built-in, and an all-round excellent package. But for me, again, it doesn't get my SIM Card because it's, again, just a bit too big for my liking.

Nokia 8 Sirocco
This is a gorgeous phone, as I've said many times, and ticks so many boxes that it gets my SIM Card a lot of the time. It's a perfect 16:9 5.5" device with, like the 8, a battery which defies the expected performance. But what draws me to it is the overall form factor, size, shape and design. This is a phone-sized-phone, possibly more so than any other I have used in recent times. It has a gorgeous screen, 128GB (though no expansion), Qi charging, waterproofing, HDMI-out and is usually right up to date with Android One and software security, though still waits Pie. The reason it gets a lot of my SIM Card time though is the size. It just feels like it's the size a phone should be, instead of a giant slab, verging on phablet.

Moto Z3 Play
This is an odd one because I really couldn't use it as it is - just the phone. It's a horrible thin nasty shape, too big for its thickness - and this is where we come to mass. It's thin and light and in the hand and just feels nasty - in the pocket, too big and 'tall'. But, and I bet you know what I'm going to say, put a battery pack Mod on the back and somehow, I'm not sure how really, it makes the whole package just 'feel' right. It makes the back 'filled out' and the weight 'just right' for the size of the phone. It should always be used with a battery Mod as far as I'm concerned. The 2220mAh versions are nicely 'rounded' and make things feel perfect, but the 3490mAh TurboPower version, though it sticks out a bit more, has a fabulous grippy back and still makes the whole package perfect in the hand and pocket. And then there's the family of Mods!

Summary
The Pixel 2XL was oddly too big for me, though in terms of size on the face of it, it wasn't much bigger than the Moto Z3 Play. The OnePlus 6T, LG V30, Samsung Galaxy S9 Plus, Note 9, Honor Play, Huawei Mate 10 Pro, the same. And if they're not too big, they're too tall! So why are these devices too big/tall? What am I doing with a phone so that the difference between 'just right' and 'too big' is a slender, almost undefinable area?

Well, firstly, I do actually spend most of my time inputting in front of a Windows laptop or Chromebook. I can't seem to shake off that clear preference, when, yes, I know, the rest of the world is going Mobile. So, regardless of what I say about wanting all my data with me, digital hoarding, I really don't need to. I really don't need to be concerned about battery, never being far from electricity.

So the phone that's best for me really is a device that doesn't weigh me down, doesn't stick out of my pocket and yet gives enough screen space to be able to read reasonably with a decent sized font and layout. Something where I can carry as much data that makes me happy and that is going to last me through the day and beyond bedtime.

I don't know what the answer is, but for now, my SIM Card spends most of its time in the Nokia 8 Sirocco followed closely by the Moto Z3 Play. I've come to accept that the phone I carry with me is going to be no audio-powerhouse as there isn't one (apart from the Moto with a Mod) and have to compromise until my perfect device comes along. But for now, though, size does matter and that's why I couldn't live with the OnePlus 6T and head back for the Moto/Sirocco combo. Nice to have the luxury of a choice.
- December 04, 2018