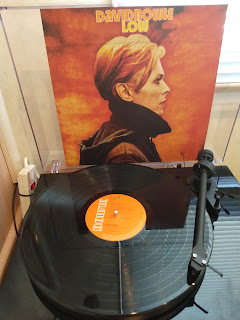 Like Heroes, I was very pleased to snag this 180g Remastered Vinyl LP to replace my aged and knackered original. Presented in original sleeve and inner information leaflet, it's great to have it back. There are some great tracks which I love, apart from the hit single Sound and Vision. Warsawa is my favourite, I think!

Like Heroes, it's full of experimental style and sounds, depicting that Berlin era which is oft' mentioned. It is for those who are open-minded about the nature of music and who are interested in musical development over same-old, same-old. Love it!

Wiki
The 11th studio album by David Bowie, released in January 1977. Recorded following Bowie's move to West Berlin after a period of drug addiction and personal instability, Low became the first of three collaborations with musician Brian Eno and producer Tony Visconti, later termed the "Berlin Trilogy". The album was in fact recorded largely in France, and marked a shift in Bowie's musical style toward an electronic and avant-garde approach that would be further explored on subsequent albums "Heroes" (1977) and Lodger (1979). Though it was initially met with mixed critical reviews, Low has since become widely acclaimed as one of Bowie's best and most influential works. 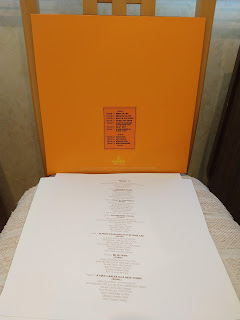 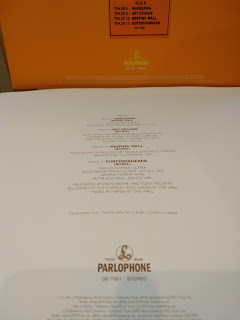