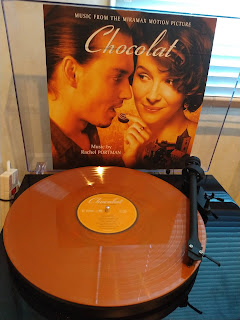 This 180g Chocolate OST Coloured Vinyl LP with inner flyer with a couple of images from the film is a very nice addition to the collection. I didn't know it was chocolate vinyl, so that was a nice surprise!

The music of Rachel Portman is largely orchestral and for fans of the film, fits in beautifully in tone, style and theme. (It's a super little film with excellent attention to detail, photography and direction.) It's uplifting, dramatic, subtle and powerful in equal measure. Recommended.

Wiki
Rachel Portman's career in music began with writing music for drama in BBC and Channel 4 films such as Oranges Are Not the Only Fruit, Mike Leigh's Four Days in July and Jim Henson's Storyteller series. Since then, Portman has written over 100 scores for film, television and theatre, including The Manchurian Candidate, Oliver Twist, Hart's War, The Legend of Bagger Vance, Beloved, Benny and Joon, Life Is Sweet, Never Let Me Go, Grey Gardens, The Duchess, One Day, The Vow, Snow Flower and the Secret Fan, The Lake House, Infamous, Mona Lisa Smile, and The Human Stain. Portman is perhaps best known for her music soundtrack compositions in the movies Chocolat and The Cider House Rules. 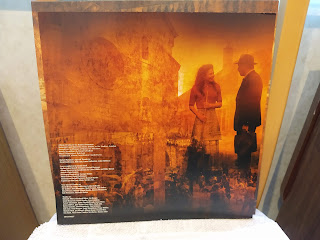 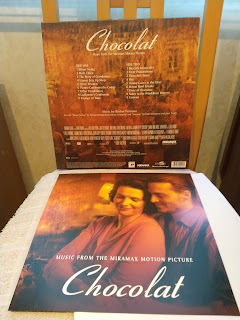