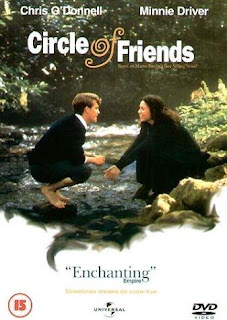 This charming and delightful 1995 romantic comedy drama is a Pat O'Connor film created from the novel of Maeve Binchy. It is set in 1950's Ireland and is a simple tale of three girls coming of age, led by Minnie Driver who completely steals the show.

Three girls, best friends all their lives, get to mid-teens and it's time for college, so off to the big city. Minnie Driver (An Ideal husband, The Governess, Good Will Hunting) plays the far too cute Benny (Bernadette) and excellent actress that she is, makes this look like a walk in the park. Her friends Eve and Nan are played by Geraldine O'Rawe (Resurrection Man) and Saffron Burrows (Nan Troy, Frida, Enigma) respectively. They are all well cast and come across very convincingly as a gaggle of life-long chums from ordinary working families.

Benny meets Jack at college, played by Chris O'Donnell (Batman and Robin, Scent of a Woman, Vertical Limit) who's similarly breezing through this task, but remains interested to the end. They fall in love. Meanwhile, Nan is desperately trying to elevate her social standing by trying to snag the posh son of a local wealthy landowner played by, who else, Colin Firth (Bridget Jones films, Mamma Mia films, The King's Speech, The English Patient) and Eve, who's parents had died much earlier so was brought up by a bunch of nuns, generally remains the pragmatic level-headed one of the three.

Benny's family has a business, a gentlemen's outfitters shop, which comes with family retainer, apparent devoted slimy creepy employee, who Benny's dad thinks is going to be not only the man for Benny but also the one to continue the family business as he gets older. Sean the employee, played by Alan Cumming (The Good Wife, Spice World, GolderEye) has been made up to look so very nasty - he could have easily played Chitty Chitty Bang Bang's Childcatcher and is referred to throughout by the girls as the lizard! Benny can't stand him, is in love with another anyway, but can't make the family see past the practical.

As the story unfolds, it starts to get a bit more meaty with all sorts of questions being asked about loyalty between friends, the imposed oppressive grip of religion with resulting shame, guilt and fear, family expectation, traditional values, generation gaps, family responsibilities and the move towards a more modern, liberated and forward-looking society.

The sets are beautiful, costumes for the day, vehicles in streets (particularly the delightful bus), colours and buildings. The photography and camerawork is often tight and more TV-style really with much missed opportunity for landscape and broad shots of rolling Irish countryside, but the director holds it together nicely and there are some interesting surviving visuals.

This is no award-winning drama, but it is a very nice afternoon film, almost elevating itself to non-matinee status because of the central performance of Minnie Driver. She has proved since this outing what a very good actress she is and this early project lays down the groundwork for her. It's a charming little film which has been oft' overlooked and deserves a viewing.
- March 03, 2019 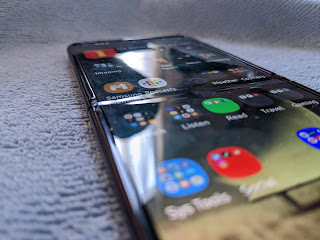