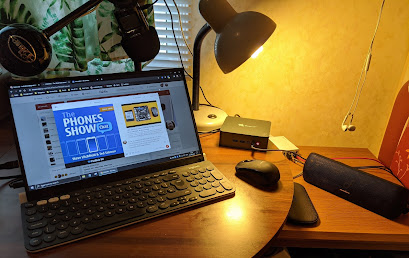 I've been looking at these Mini PC units for some months or even years now and never quite got to the point where I felt that they were flexible or powerful enough, against price, compared to a laptop or 'proper size' desktop. Until now!

My need is a straight-forward one. Physical security! I move regularly between two locations and one of them can't be secured against break-ins and is (apparently) uninsurable. So, what I needed was a small (relatively) powerful PC which could also be thrown into a bag and carried. Not to be used at the other location, as there is a big and powerful PC there, but just taken with me.

I had been using a Microsoft Surface Go, which was fine, but a bit difficult to carry and protect and sometimes when under heavy-load with podcasting and using multiple DTP software and so on, it did feel a little under-powered. It's absolutely fine for most stuff that people do, but just now and again it felt a little like it needed a bit more oomph!

So, as I say, I had been monitoring these little boxes and felt as though some of them now had developed in lots of ways, enough for me to jump. Enter the Beelink U57 - around £340 on AmazonUK at time of writing.

So, it's a little black box weighing 277g and is about 4" x 4" x 2", littered with ports and buttons and slots! First things first though and it's running Windows 10 Pro powered by the Intel Broadwell Core i5 5257U 3.1Ghz chipset and supplied with Intel HD Graphics 6100M (whatever that means in old money)! There's 8GB DDR3L RAM which can be upgraded to 16GB M.2, a 256GB SSD flash drive which can be upgraded to 1TB and there's even a cleverly-mounted (inside the lid) slot to clip in a spinning 2.5" HDD of up to 2TB in size. 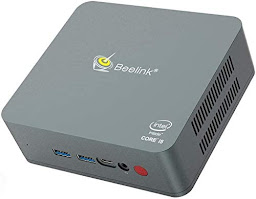 On the front there's a power on/off button, a 3.5mm audio/mic socket, a USB-C socket and two USB-A 3.0 ports. On the left and right sides there are grilles for ventilation and on the left is a microSD Card slot, which is good for 128GB - and sure enough, my 512GB card is not recognised. Round the back, there's an Ethernet port, two USB-A 2.0 ports, two HDMI ports supporting 4K monitors and a proprietary power-in port. Shame it doesn't have some universal powering arrangements. Built-in is WLAN (2.4/5Hz) and Bluetooth 4. There's a mounting bracket included so it can be attached to whatever you like with screws and even two HDMI cables, one short, one long!

I've had this hooked up for about a week now and I have no complaints. Primary purpose achieved as it is very portable. Put it in my bag and I don't know it is there. The unit is hooked up to my 15.6" UCMDA monitor, Logitech K780 Keyboard and Amazon Basics Mouse and I'm away! I have the monitor plugged into one of the HDMI ports and the Keyboard and Mouse into the two USB-A 2.0 ports on the back, leaving the 2 USB-A 3.0 ports on the front, free to use for other stuff.

I have my SoundCore Motion+ Bluetooth Speaker plugged into the 3.5mm socket and that, in turn, powered by a USB-A to USB-C cable so whenever the PC is on, I get instant super quality sound. I have also tested the 3.5mm socket with input as a microphone and that works well.

The box opens up with four screws for very easy-access to replace/upgrade any of the parts by simply slotting stuff in and out. My only complaint really is that there's a fan which cuts in and out depending on what you're doing. I hear that sitting in a quiet room, but with the radio on, I don't. I have tested this with third parties during Skype calls and podcasting activities with USB microphones plugged in and the recordings don't seem to pick up the noise, by your mileage may vary on that depending on the quality of the microphone and ambient noise etc.

The performance is, when under load and pushing the limits, remarkably stable. I have not had any of the slowdown which I experienced now and again under these conditions, as mentioned above, with the Surface Go. It seems to do everything I need it to do and when it doesn't, I'm confident about the upgrade path on a DIY basis. You could argue that you could get a half-decent laptop for £340 but that was not what I was looking for. Windows 10 Pro being bundled was a bonus as I was only really expecting Home in a unit like this.

Beelink appears to be a Chinese firm who seem to specialise in tech-gear, like many others I guess, and from what I can see from online reviews and user-experience, the gear is reliable. As always, I'd personally recommend buying from Amazon to make the most of their after-sales service and avoid the prospect, if you do run into any problems, having to ship back and forth from China. But laying that aside, I'd highly recommend this little box of tricks. So far, so good. 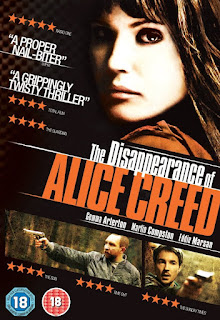